What do cholera epidemics of the nineteenth century have in common with earthquakes of the twentieth century, the financial crisis of 2008, and the current pandemic? Over the last century, organized crime has demonstrated a remarkable capacity to adapt to mutated social, political and economic conditions rapidly. During the Covid-19 pandemic in particular, organized crime groups have invested their ill-gotten gains in the failing economy, purchasing companies at risk of default.

Antonio Nicaso, originally from Calabria, Italy, began his career as a print and television journalist, he wrote mainly of local Italian phenomena like the 'Ndrangheta, Cosa Nostra and the Camorra. He later went on to expand his area of expertise to include international criminal organisations and has since published works in English and Italian on the subject. Nicaso has published over 30 works of which many have been translated into other languages and is labeled on the topic of international criminal organisations as a leading authority. 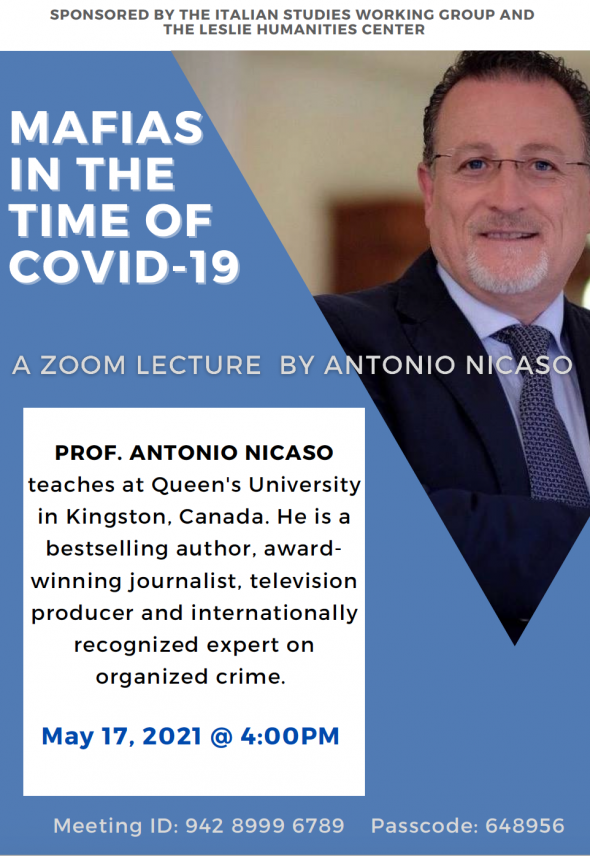